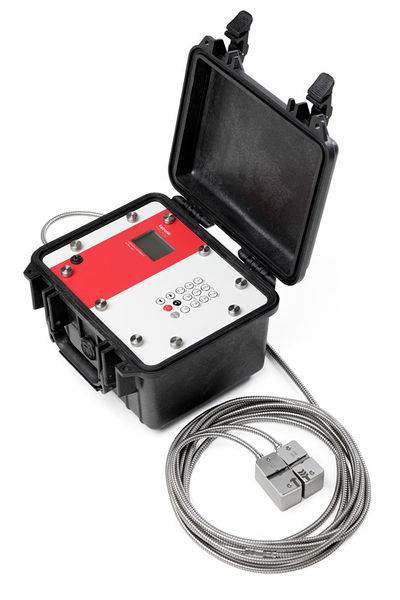 ss to pipework is often limited, suitable measurement points are often remote and are rarely equipped with a power supply. In these cases, a portable flowmeter that is both weatherproof and has its own power supply is ideal. This was the situation faced by engineers working in the town of Wädenswil (Switzerland) where they were conducting pipe and flow surveys as part of a network modernisation project. This was made difficult because of access and local weather conditions which meant finding the right product for the job was very important.

Katronic and more specifically our Swiss distributor, Rolf Muri AG supplied the customer with a measurement system that allowed flow data to be collected over an extended period of time. This was needed in order to provide more accurate information and help the service engineers to form conclusions about the correct dimensioning of the pipeline network. What was of particular interest were the levels of water consumption at peak times as it was hoped that a narrowing of the pipe cross-section would lead to a more consistent flushing of the pipes. It was also hoped that water losses of about one liter/second could be eliminated through the programme of pipe network modernisation.

Having investigated the relevant application parameters it was decided to use a portable ultrasonic flowmeter KATflow 210 to fulfil the measuring task. With its rugged IP 67 enclosure, the instrument was suitable for outdoor installation, regardless of weather conditions. The long-term rechargeable batteries built into the flowmeter ensured that a measurement could be carried out over several weeks even without an external power supply. After a suitable measuring point had been excavated, the instrument was commissioned by an engineer from Muri AG.

Because of the importance of the measurements being taken it was decided to install a remote data collection system in order to be able to access the measured values quickly and easily in the office. Our Swiss partner provided the customer with a Teraedre system capable of collecting an output from the KATflow 210 and presenting the measurement data to the client. Once the recorded values were analysed it was possible to confirm that the maximum peaks of consumption had not exceeded velocity limits, even with pipes of smaller nominal diameters than the usual 400 mm pipe.

In addition, the proportion of successful flushing processes in the pipe system would be significantly increased by 86 % (previously 26 %), which in turn would lead to lower water consumption. The knowledge gained was used to optimally dimension the pipes to be used for the new water network. It is expected that through this work it will be possible to make six-figure cost savings through the use of drawing smaller bore pipes into the existing infrastructure rather than having to commit to significant expensive earthworks.